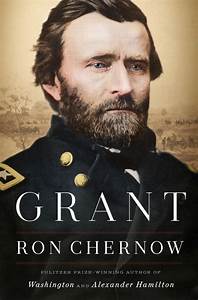 The stories of people who lived before the age of sound recording often carry with them a mystic, spectral quality in the sense that a subject’s disposition must be inferred, even imagined. Ron Chernow, Pulitzer Prize winning biographer of American revolutionaries George Washington and Alexander Hamilton, published his latest historical excavation last year, this time reconstructing the life of Ulysses S. Grant. Grant, a comprehensive, single-volume biography of the Hero of Appomattox and the 18th President of the United States, unearths details covering the entirety of Grant’s life, from the tensions of his personal relationships to the tumult of his professional endeavors.

Chernow’s work demystifies Grant, distinguishing his veracious, sentient nature from the complex, often adverse, and politically virulent environment in which he lived. What emerges from the narrative is an appreciable portrait of a man engaged in a life with purpose and perseverance. But it’s Chernow’s ability to extract and profile Grant’s emotional intelligence that leaves the reader with a sharper sense of Grant’s character and how he pursued his life, including the work of war, with the energy and intensity for which he is remembered.

The surprisingly sensitive nature of Grant’s character emerges slowly as the narrative unfolds, fully exposed by the time the story ends. Far from innate, Grant’s disposition during the Civil War was derived from life experiences that were often painful, marked by failure and frustration but balanced by family and friendship. Extensively researched, yet not constrained by trivia, Chernow’s work reveals how empathy and intuition, in addition to experience and strategy, guided Grant’s thinking and behavior in times of success and failure.

Extensive yet fluent and forthright, Grant is a tremendous volume of scholarship and an indispensable contribution to the story of the American character.
Posted by Scott Powers at 7:18 PM