The earlier, the better

The latest National Assessment for Educational Progress scores were released in October, and 4th grade English language learners (ELL) remained more than twice as likely as non-ELL students to score below Basic in reading.

Eighth grade results were similar, but 4th grade represents a critical juncture for ELLs because students who enter kindergarten as ELLs and have not been re-classified by the upper elementary grades become less likely ever to make the transition. This, from a study published recently in Educational Policy that also sheds light on the relevance of primary language in English language acquisition.1 Karen Thompson, an assistant professor at Oregon State University, found that entering kindergarten, proficiency with academic language in the primary language was positively related to the likelihood of reclassification by the end of elementary school.

Of course, experience with academic language in English matters as well. Using nine years of longitudinal data, Thompson found that students with high levels of proficiency in both their primary language and English entering kindergarten were 24% more likely to be reclassified by the end of elementary school as students with low levels in both languages. However, students with similar proficiency in either English or their primary language had "statistically indistinguishable likelihoods of reclassification" by the end of elementary school.

Early academic language proficiency in English facilitated quicker reclassification, but it was having a basic grasp of academic vocabulary itself, not the language, that mattered most in reaching reclassification before the elementary window closes.

This is an important finding because it informs how schools and communities might look at school readiness strategies for families with ELL students. Parents not proficient in English can still be very helpful in preparing their children for the English language acquisition process once school starts.

And the work parents do or don’t do with their children before they enter schools matters a great deal.

Academic language is “school language” and language used in the workplace; the language used in textbooks, essays, assignments, class presentations, and assessments. It's a meta-language that helps learners acquire the 50,000 words they are expected to have internalized by the end of high school. And, it develops with deliberate, diligent, exposure to diverse language experiences…

While formal education moves this process along, prohibitive gaps among students exist before children ever get to school age. Toddlers living in poverty hear less than a third of the words heard by children from higher-income families. By the age of four, this extrapolates to a 30-million word difference between low and high income children… a prohibitive gap.2

And the economic problem may be getting worse.

In Texas, 60.2% of public school students are economically disadvantaged, 14% higher than 20 years ago. The same is true nationally. In 2007, the south became the first region in which the majority of students were economically disadvantaged and that extended to the nation as a whole by 2015. Furthermore, the achievement gap between children from high and low income families is 30-40% larger among children born in 2001 than 25 years earlier.3  While the achievement gap has been growing within racial groups and actually narrowing somewhat between them, ELL students - a growing percentage of Texas public school students - are more likely to come from low-income homes. Of the 23.7 million people in Texas who are five years of age or older, more than a third speak a language other than English at home. A large majority of those — almost 85 percent — speak Spanish.

Thompson's findings, as she suggests, have implications for the design of instructional interventions for ELL students, how and when ELL students are assessed (including how primary language assessments are used), and the need to expand access to high quality preschool programs (ELL students attend pre-school at a much lower percentage than non-ELLs, nationally).

However, Thompson's study should also be used to look backward from the school starting line.

Research sheds some light on how to think about this as well. Ultimately, it’s an engagement issue.

Solutions to the challenges facing Hispanic families with potential ELL students lie within the communities themselves, according to researchers who evaluated a comprehensive educational program for Hispanic parents with young children. 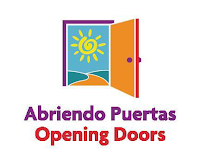 Abriendo Puertas/Opening Doors was launched in 2007 as a parenting program dedicated to getting young children ready for school. Today, it reaches 70,000 families in 35 states. Ten interactive sessions draw from real-life experiences, incorporate data about local schools and communities, and focus on helping parents understand their role in their children’s learning life. Also, the program is available to parents in Spanish; important in light of Thompson's findings about the relevance of a family's primary language in English language acquisition.

Across all socio-economic and racial groups, students with more engaged parents do better in school. They are more engaged, have higher grades and test scores, earn more course credits, participate in more advanced academic programs, and are more likely to graduate high school and pursue college.5