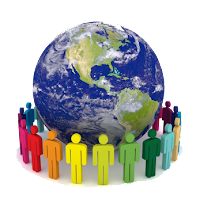 Empathy is the single most important skill we should be helping students cultivate, according to education technology consultant Alan November. November is facilitating a program this spring and summer called, "Leadership for the Digital Age", an academy hosted by the Texas Association of School Administrators that is designed to help school leaders develop skills around managing increasingly complex educational technologies. With a new baby in our house this year and having recently read Ellen Galinsky's Mind in the Making and John Medina's Brain Rules for Baby - two recent publications reporting on the role empathy plays in child development - this idea about empathy resonated with me.

Empathy involves what Medina describes as affect detection, imaginative disposition, and boundary formation. A person demonstrating empathy can detect an emotional change in another person and transpose observations about other people onto his or her own psychology while always remaining clear that the emotion is happening to another person. While we know from existing theoretical knowledge that a person’s expression of empathic behavior is related to his or her social context, brain-based research has emerged in recent years to give us a better understanding of how empathy is mediated physiologically. Scientists have identified observable neural networks in the brain associated with empathy. These neural networks reflect a person’s capacity to simultaneously respond to another’s emotional state, regulate one’s own emotions, and avoid confusing the two (Gerdes, Jackson, Segal, & Mullins, 2011). Furthermore, scientists have learned that these neural networks are not necessarily permanent. They can be rewired. This means students who come from difficult circumstances, even some of the most unimaginably difficult, have great potential for growth and development.

So if empathy is so important and can be affected physiologically as well as socially, what role do schools have in teaching empathy? Can empathy be taught?

A recent article published in the Journal of Social Work Education outlines a process for teaching empathy that combines the long history of psychological research in the field with recent discoveries from neuroscience. While the authors intended to establish a framework for social work educators to use in preparing students for work in the field of social assistance, it could have implications for other areas of education. The curriculum addresses three things: the involuntary response one has to another person's emotions, the voluntary thoughts one has about his or her response to another person's emotions, and the subsequent decision-making process about how to respond to that person. The authors propose putting students through interventions designed to increase empathy by facilitating the construction of new neural pathways. Some of the strategies include the study of character development in emotionally charged films including studying characters' intentions, actions, and motivations. They also advocate the use of guided dramatic action, role-playing, and imitative play to facilitate the development of perspective taking and cognitive flexibility - the ability to switch behavioral response according to the context of a situation. (Gerdes, Jackson, Segal, & Mullins, 2011)

This sort of skill development process is not necessarily just for older students. Galinsky asserts that perspective-taking is one of the seven most important things for children to develop. Perspective-taking touches a number of executive functions including self-control, cognitive flexibility, and reflection. Book study, discussions, writing exercises, and role-play situations designed to understand other people's intentions can help children develop this skill.

Ron Schachter reported on the work of several school districts that are teaching students interpersonal skills in his article titled Can Kindness Be Taught? which was published this past winter in the journal, Instructor. Strategies he writes about include starting early - as young as kindergarten - with service learning projects and daily discussion time that is outside the academic curriculum and allows children to reflect and share their thoughts on a wide-range of issues. Literature, including non-fiction, can expose students to the difficult experiences of others and provide context for community service projects, role-playing, writing, and other forms of artistic expression through which interpersonal skills can be developed (Schachter, 2011).

Finally, November believes it is important for schools to adopt a global approach to pedagogy, utilizing technology to facilitate student connections to people, places, things, and ideas from around the world. He asserts that teaching students how to use the Internet is among the most important steps schools can take to allow their students to learn about social and political conditions as experienced by others, interact with peers from different countries, and learn to understand the perspectives of others on the issues of the day.

Near the end of the second day of the "Leadership for the Digital Age" seminar, November called on one of the business sponsors of the event and asked what he thought the most important skill people entering the workforce needed. The response was that they need to know how to work with others. You can't do that without the ability to empathize. The most successful participants in a global economy, November added, will be able to understand and identify with the perspectives of a wide range of people from all over the world...and sometimes right around the corner.

Email ThisBlogThis!Share to TwitterShare to FacebookShare to Pinterest
Labels: Empathy